With interest rates at an all time low and a prime section now available in a top location... why would you NOT want to build a new home? Situated in arguably one of Oamaru best streets and enjoying all day sun and westerly views, this serviced 864m2 site has quality homes either side so there will be no surprises in the future with view or sun obstructions. The owners have some concept plans you may wish to pursue or you could start from scratch and build to suit your brief and budget. Either way this really is a great opportunity to secure a brilliant section in a superb location.

From a sheltered position almost halfway between the Equator and the South Pole, is Oamaru. With a population of around 13,800 it is well placed to service the farming and pastoral districts of coastal North Otago and the Waitaki Valley. Located 115km northeast of Dunedin and 85km southwest of Timaru, the area enjoys a warm, dry climate.

Oamaru is the distribution centre of a predominantly sheep-farming area. Other land-based industries include dairy, cattle, deer and goat farming, cereal crops, market gardening and cash cropping. In and around Omaru are freezing works, a limestone quarry, fertiliser works, flour mill, stock food plant, woollen mills, iron foundry, engineering works, stone mason and sawmills. Confectionary, bacon and ham, and speciality cheeses are produced, while the Waitaki Valley is noted for its hydro-electric dams and fruit growing.

Known as the 'White Stone City' because of the use of the district's unique creamy limestone in its buildings, it draws much of its charm from these handsome buildings bordering the tree-lined main street. Less well known until recently are the early commercial buildings of the Harbour/Tyne Street precinct. An exciting project, "Historic Oamaru" now aims to restore and retain this area to give New Venture workshop space for small businesses and to enhance the district's already considerable potential for tourism. Guided tours of the historic buildings are available.

Oamaru's amenities reflect the maturity of a town which had its first Town Board in 1862 and was once the sixth largest town in New Zealand. The Oamaru Public Library, North Otago Museum and Archives, and Forrester Gallery combine to provide well-endowed cultural facilities of a professional standard unsurpassed in a town of this size. The fine, established trees and gardens of the Oamaru public gardens are among the finest in New Zealand.

Oamaru has excellent facilities for all sports codes. Centrally placed in the South Island, with a modern Recreation Centre, it is used increasingly as a conference centre by business sporting and cultural organisations.

With first-class hotel and motel accommodation, and pleasant motor camping grounds, Oamaru is the gateway to the Waitaki Valley and its accessible Maori rock drawings, salmon and trout fishing, boating and water sports. There are also many geographical curiosities, for example the Elephant rocks and earthquakes, in and around the Duntroon and the Clay Cliffs at Omarama. Omarama is a great gliding centre and the site of the 1994/95 World Gliding Champos. There are jet boating and 4WD safaris at Kurow.

To the south of Oamaru is Totara Estate (a memorial to the frozen meat industry), and the Kakanui market garden area. Also to the south, are the Moeraki Boulders and Lighthouse, where comprehensive nature tours are available. Herbet Forest and Trotters Gorge offer pleaseant picnic spots and bush walks. Palmerston, 59 kms south, has Puketapu Hill and the monument dedicated to Sir John McKenzie, Minister of Lands in the 1980's. Macraes Gold Mine, the largest modern gold mine of its type in the country is sited aongsde the historic Golden Point Mining Battery. Tours are available on Saturdays and Sundays.

Penguins, seals and dolphins (including Hector's dolphins) are often seen along the North Otago coast. Special efforts are being made to protect the rare yellow-eyed penguin and its habitat. Also, there is the Little Blue Penguin colony at the Oamaru Harbour where fences have been put up, nesting boxes in place, planting of bush, lighting erected and large viewing platforms where nightly viewing takes place.

Oamaru has many hotels and restaurants, including:

Whitestone Taxis Ltd runs a bus service from town to the Iona Home and Hospital and return. It operates three times a day on Tuesdays, Thursdays and Fridays.
(03) 434 1234

There are a dozen or so early childhood facilities in the Oamaru district. Those in Oamaru include:

There are 15 primary schools in the Oamaru district. Those in town include:

The tertiary institution in Oamaru is: 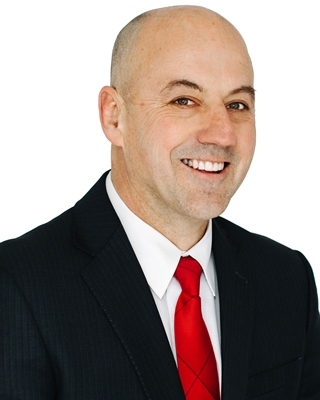 Go to top of page

Our brochures are provided in PDF format. You will need a PDF reader to view them.

SEND THIS PROPERTY TO A FRIEND

EMAIL ALERTS ABOUT CHANGES TO THIS PROPERTY

Subscribe to receive email alerts when this property (52 Reservoir Road Oamaru) is changed or updated. Let us help you keep track of the property you are interested in. Please note that these alerts have an expiry date - please specify below.